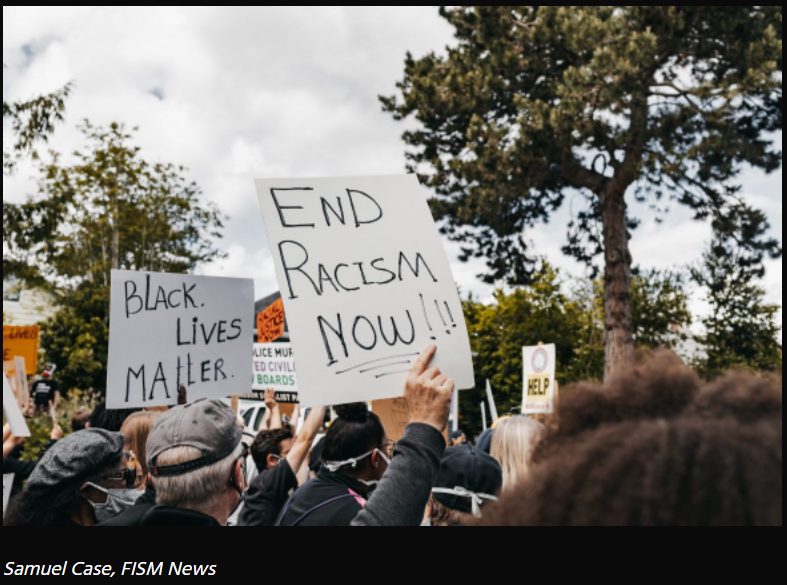 The most recent spate of open violence against members of the Black Community is often blamed on encouragement of alt right groups by Donald Trump. However, the Left has their role to play in this as well.

In 2017, I enrolled in a course that was titled “Change Agent skills: How Blacks are kept out of Leftist Movements”.  The professor was able to illustrate to students from varying backgrounds the history of efforts to derail, co-opt or otherwise use extreme methods to keep Black people from participating in the social movements that are supposed to advance egalitarianism in America.  Among those who were studied were Afeni Shakur, Fannie Lou Hamer, Pam Africa, Mumia Abu-Jamal and Ramona Africa, among others.

Aside from CoIntelpro, government surveillance of movements such as Black Lives Matter, and efforts to discredit modern day Black Leaders by either portraying them in a negative light or by other means of coopting and silencing them, there are other alternative orchestrated efforts to oppress Black Activists. Oluwatoyin Salau, Sasha Johnson, MarShawn McCarrell, and multiple other black activists were all mysteriously attacked, found dead or murdered.   Muhiyidin Moye, a South Carolina Green Party co-chair and BLM activist was killed months after being seen wrestling a confederate flag from an alt right activist during a rally. The person convicted isn’t talking and news reports claim that it was a case of mistaken identity and that an attempt was made to knock him off of his bicycle. Those of us who witnessed actual surveillance footage at the time saw a man crossing the street pointing a gun at him and shooting from the middle of the street- a targeted hit. Interviews with people who have had experiences with racist movements know that they have been known to hire Black hit men to carry out assassinations so that it appears to be an internal issue in their racist attempts to portray it as Black on Black crime. (I have personally met a Black person who was propositioned by an acquaintance of his who was involved with racist orgs in order to “take care of” someone in the Black community that he was experiencing issues with.)

The Left does their part in attempting to silence and or/oppress Black Voices as well.  While this does not usually entail physical violence in attempts to oppress, it is yet another link in the chain of orchestrated efforts to silence Black People in Leftist Movements.  Recently, 8 black members of one popular democratic organization were excommunicated from the organization for daring to stand up and asserting their rights to be heard.   Nina Turner has been repeatedly suppressed from speaking or representing leftist ideologies in the Democratic Party. Members of “the Squad” in the Democratic Party have been openly targeted and maligned by their opponents and mainstream media. Annamie Paul was viciously attacked on multiple fronts after becoming the leader of the Canadian Green Party, prompting her resignation.

And then there’s the United States Green Party.  Some promising Black Leaders in the Green Party who were lauded and circulated around the party have suddenly disappeared and no longer affiliate themselves with the Green Party. There are at least three Black Women who were well known in the US Green Party in the past few years who have suddenly resigned and/or faded into obscurity, choosing instead to focus on local community work or pursue initiatives of their own.  When contacted, they say that they want nothing to do with politics. Some remain mum about what led to their sudden departure and participation, although one that left stated on several venues that “everyone deserves to be heard”.

By silencing those who attempt to represent issues and concerns for themselves, organizations do their part in contributing to the ongoing violence against Black People.

We do not need people to speak for us or tell our stories for us. What we are seeking is to be able to speak for ourselves and to be heard with the dignity and respect afforded to members of any other group, whether the message we have to send is liked or not.

The National Black Caucus was founded to address issues of discrimination within the Green Party around 2008. The racism and discrimination was so rampant that the founding members are still experiencing feelings of trauma surrounding it and do not like to speak about it.  During a request for an interview, one of the founding members has stated that they would need to have support structures in place if they were to revisit the events that transpired surrounding the formation of the Caucus. It is becoming increasingly apparent that the more things change, the more things stay the same.

In recent months, there have been several attempts to silence or oppress participation of members of the NBC due to a variety of suppositions posited.  This ranges from accusing them of being transphobic to targeted removal of them from leadership in committees and even as participating members.  Censorship of alternative Black Views is occurring from local levels to national, from individual members of the caucus to the voices of the entire Caucus.  Three Black Co-chairs of NBC Committees were targeted for removal utilizing reasons ranging from the committees not being active to the idea that NBC members that were already removed being appointed to committees to “speaking out of turn”. Two states with black co-chairs were targeted for removal from participation in the GPUS due to active campaigns being circulated that they were against trans rights. A proposal was suppressed and the caucus given the “run around” due to a request to have our voices heard when the mostly white Steering Committee and a couple of their allies who identify as black decided to issue a public health statement that did not represent our perspective, even though there was overwhelming clear evidence that we had broad public support in for our position in both Green Circles and the general public at large. A co-chair of the NBC who had been a member of the media committee was removed from observing a committee due to speaking out of turn, after being told they could not speak and their replying with an inquiry posting the bylaws for that committee posted on the web site which did not detail at the time posted that observers could not contribute to discussions.  This member had been communicating on the committee for over a year before saying something that the current co-chair did not like, which prompted the directive that they should be silent.  After six years of being listed as an administrator on the communication platform that the Green Party uses, a member was suddenly demoted to Caucus Admin after an internal Steering Committee was made to do so. A valid reason was never given for this, although a vague response was posited that several others had been demoted as well. This is a continuation of a long pattern of discrimination against members of the NBC that do not align with white group think and their few minority allies recruited to assist them in oppressing Black Voices that dare to question their notions of their perceived authority.

Oddly enough, when it comes to Black issues, The NBC is suddenly contacted to give a snippet designed to make the Green Party look good. We are allowed to speak on command. (However, we are not permitted to speak our minds during group decision-making and active attempts are made on a regular basis to list moderators to censure or remove Black participants who do not speak in acceptable colonial to their satisfaction.)  During Black History month, the NBC was hand fed a slate of events that were geared at fundraising using Black Matters and Concerns. When we politely declined having our names used to make money off us, the fundraising committee went ahead with their fundraising using Black Causes and circulating a mailer stating they were fighting for people like a victim of gun violence that cannot be named here, with the full knowledge that there were active attempts to target members of the NBC that did not align with groupthink.  They were unaware that this person’s mother had his name trademarked in order to keep organizations from doing just what they were doing- using his life and legacy to raise funds for organizations, especially those that have clearly demonstrated that they would ignore his voice were he here and participating with us today.  Recently, we were approached and given permission to speak as the media committee worked on a press release to show just how much the Green Party cared about issues surrounding the Black Community.

As we continue the fight against clear demonstrations of oppression of members of the NBC, we ask for your continued support towards representation of the voices of National Black Caucus members, both as allies, as volunteers and through continued donations. These donations enable us to plan events that highlight the issues that concern us/speak for ourselves and to afford the costs associated with it.  We cannot allow white people on the left and their minority hit men have the final say on what our voices should say and who we should be.  We cannot allow them to keep us from participating in our own Leftist Movement.

Your letters and messages of support have been very encouraging and we are appreciative of your continuing to follow along as we struggle for equality in our society, both within political circles and in the world at large. Please know while we may as yet be unable to respond to every message of support, we hear you.