The Green Party of the United States Black Caucus (GP-BC) has announced its support for the Freedom Convoy, an educational effort to help the public learn more about vaccine mandates and the best way to respond to government overreach. 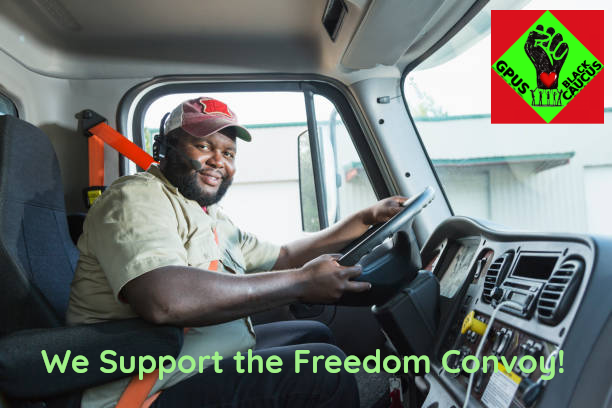 "We are calling on all people to unite in solidarity." says Philena Farley, National Media Co-Chair & Black Caucus Media Coordinator "The time to be divided is over. This is a time to stand together with our sisters and brothers, regardless of race or gender, in this struggle against tyranny. We are under attack by the corporate elites on every level of government. They are robbing us blind. The one thing the elites hate is unity among the working class because they thrive in dividing us by race, gender, politics, religion, class and more."

Truckers against vaccine mandates is an international movement of citizens and truck drivers who are opposed to the forced use of government vaccines.  “Long-distance trucking has been part of my family history since 1975.” Black Caucus Co-Founder George Friday states in remembrance,  “My father was a long-distance trucker throughout my high school and college years and all of my brothers have also been truckers. Independence was the reason they chose that profession. A high amount of personal freedom and not too many interactions with racism or discrimination. They got to do things on their own terms and make their own decisions which is important for any of us.”

From Jamil Jivani  - debut in Newsweek - Stop Calling Truckers Racist -  to correct the record on the trucker convoy in Ottawa, Canada. 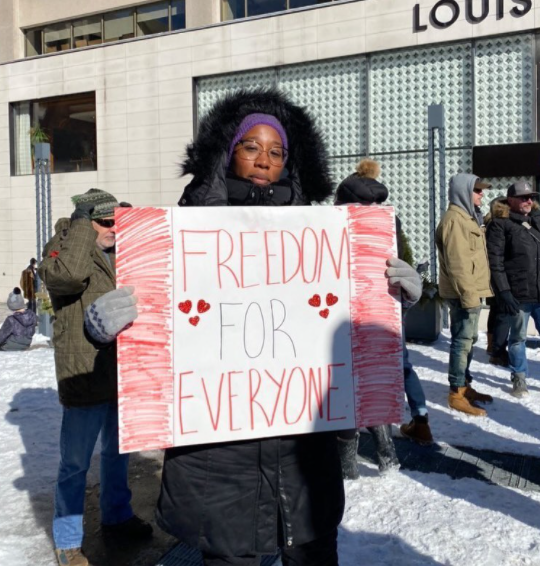 “We have no reason to believe the majority of truckers in the convoy are racist. In fact, appropriate for the month of February, the trucker convoy is actually a Black history moment.

Countless trucker convoy participants and supporters are Black. A popular Instagram account called "poc4freedomconvoy" (shorthand for People of Color for Freedom Convoy) with over 60,000 followers has documented the outpouring of support that the trucker convoy received from members of Black communities across Canada. The account's first post is a picture of Chanceline Rukundo that reads, "I am Burundian/Canadian and I support the #freedomconvoy2022."

This year's Black History Month is a chance to see that Black people are not merely victims of history, but makers of it—exactly as Dr. Woodson intended. The trucker convoy is an example of Black people playing a meaningful role in shaping their countries. Don't let liberal politicians or mainstream media corporations convince you of anything less.” 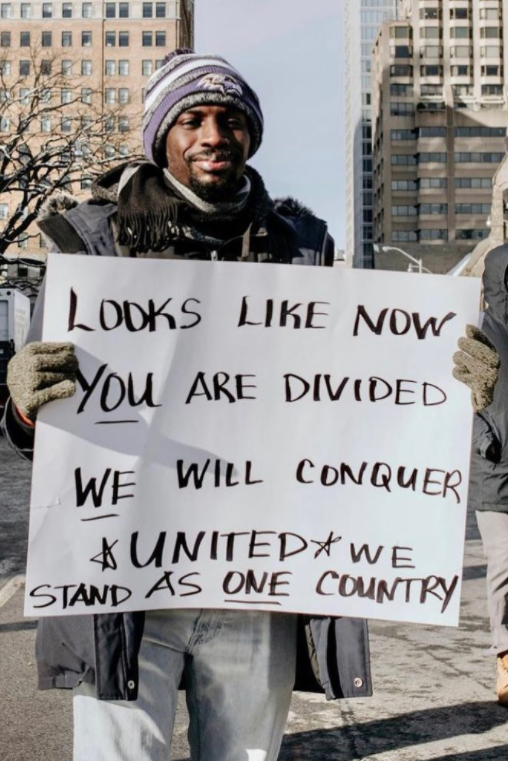 The Green Party of the United States Black Caucus calls for the end of vaccine mandates and demands an immediate suspension of all state and federal mandates for vaccinations, including those for children and adults.

The Green Party of the United States Black Caucus, a coalition of Green Party leaders and activists within the African American community.

Please spread the word to fight against these mainstream media blackouts and support our mission to increase the participation and election victories in United States electoral politics of African and African Americans who support the GPUS Platform, and to ensure that the GPUS conducts and implements programs that concretize its platform in the interests of communities of African-American and African descent addressing community needs and disparities.