Every year, Black History Month provides an opportunity for The Green Party of the United States to remember and honor the invaluable contributions African-Americans have made in this country.

In fact, many modern conveniences and necessities are directly related to, or derivative of, the inventions of black inventors: blood banks, the refrigerator, the electric trolley, the dust pan, comb, mop, brush, clothes dryer, refrigerator, lawn mower, traffic signals, the pen and the pencil sharpener.

Today we celebrate the lives and achievements of famous black inventors in history. These are just a few of the many inventors who have made their mark on the world! 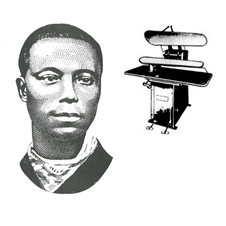 Thomas Jennings (1791–Feb. 12, 1856), a free-born African American and New Yorker who became a leader of the abolitionist movement, made his fortune as the inventor of a dry-cleaning process called “dry scouring.” Jennings was 30 years old when he received his patent on March 3, 1821 (U.S. patent 3306x), becoming the first African American inventor to own the rights to his invention.

Little is known about Judy W. Reed, considered to be the first African American woman to receive a United States patent. In January of 1884, Reed applied for a patent on her “Dough Kneader and Roller.” The application was for an improved design on existing dough kneaders. 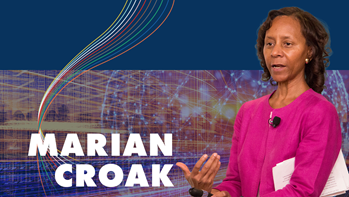 Marian Croak VoIP (Voice over Internet Protocol) Technology US Patent No. 7,599,359 Inducted in 2022 Inventors Hall of Fame. Rather than use a traditional phone line for voice communication along with a digital method for internet data, she and her team at Bell Labs (later AT&T) thought both could be done digitally with the internet. Today, the widespread use of VoIP technology is vital for remote work and conferencing, as well as personal communications.

Lonnie Johnson Super Soaker® US Patent No. 4,591,071 Inducted in 2022 Inventors Hall of Fame. Engineer and entrepreneur Lonnie Johnson is the inventor of the Super Soaker®, a best-selling toy generating well over $1 billion in sales over its lifetime. Johnson’s longtime research focuses on energy technology, and his well-known toy resulted from his work on an environmentally friendly heat pump.

Black Inventors' Online Museum™ – Chronicles the achievements of black inventors throughout history, from ancient Africa to the present day, and includes profiles of blacks whose contributions have gone largely unnoticed by the mainstream media.

International Black Inventions Museum – This mobile museum seeks to educate people of all races about the important contributions that African-American inventors have given to society.